Workers jobs are threatened as never before due to the worldwide economic downturn brought on by the COVAD 19 pandemic. Over the last sixty years, the booms and busts of capitalism have driven workers to demonstrate solidarity and stage initiatives to acquire the threatened company they work in to keep it operating. These have been termed worker buyouts or employee buyouts depending on the culture. From a Christian viewpoint, this has its roots in the encyclical Rerum Novarum, and its emphasis on justice, workers rights, the dignity of work and the principle of subsidiarity – decisions are to be made by those who have to carry them out. The famous worker cooperative Mondragon Co-operative Corporation in Catholic Spain was initiated by the Catholic priest Father Arizmendiarreta and has become a pilgrimage thousands take to understand the Christian business model of sharing in ownership, decision making and profits.

This phenomenon of the EBO – the Employee Buyout – first came to prominence in the 1960s, 1970s, and 1980s when thousands of businesses including airlines, steel mills and paper mills and factories were rescued around the world by their workers taking ownership. The benefits in health, social cohesion reduction in crime and divorce while seeing a performance increase and increased employment. In the USA, research indicated an EBO delivered seventeen per cent rise in productivity and a twenty-three per cent rise in employment growth. However, despite a very successful pilot project by the New South Wales government in the 1970s, this has not taken root in Australia, and we are the poorer for it. Never the less the current economic downturn provides an excellent opportunity to revisit and provide the worker buyout solution.

The route to the EBO is generally via the employees buying and taking over an insolvent business or an owner who lacks successors or can’t sell on the market – sells to the employees.  Infrastructure, both government and private, have been constructed overseas to assist this transition in the form of tax breaks and access to financial and consultancy resources. Employee benefits can be capitalised in Spain and Italy. It is not an easy feat to pull off an EBO in the Australian jurisdiction without this support as there are obstacles which need removing, but by trial and error, a way has been developed to overcome the obstacles in this country.

Another route in this early period of the 1960s was the rise of the work without bosses movement where the rise of the working-class movement around the world led to work-ins to save jobs led by radical trade union works committees. There were a number of examples in Australia where workers didn’t look for a better redundancy deal or turn to the courts for mediation- they took things into their own hands. A high point is the work without bosses movement in Argentina.

Michael Jones of Jones Partners (Insolvency Turnaround Practitioner) in Sydney addresses this deficit and points to the flawed insolvency model in Australia. Protecting both employee jobs and entitlements is not easy in this country as Australia has taken a different route to overseas insolvency practices. Prime Minister John Howard introduced the General Employee Entitlements and Redundancy Scheme (GEERS) to guarantee worker entitlements. It was replaced by the Fair Entitlements Guarantee in 2017. This now needs correction, and the present climate is a perfect opportunity. It is especially relevant as the GEERS/FEG scheme that mandated the government payout employee entitlements has been creating massive debt for the taxpaying community, which the government is trying to run down by pursuing directors.

Mr.Jones pointed out the FEG scheme encourages employees to vote to take a business into liquidation when it might be saved if they had appropriate support. He believes he could get creditors in a Voluntary Administration to accept an employee buyout, but the employees don’t support the proposal because of GEERS/ FEG. Voluntary Administration, including a Deed Of Company Arrangement, is a good route to an EBO as all the company debts and liabilities are cleaned up paving the way for an employee buyout.

Robert Mc Master is a Christian and a  leading pioneer of EBO’s in Australia and ten years ago embarked on a passionate enven metaphysical journey to discover how to sell a family business to the staff. The journey is recorded in his book “Swapping Desks”. Rob ran the 50-year-old family manufacturing firm in Giraween, Western Sydney and took the firm into an employee buyout to preserve jobs. It became a test case, an experiment in Participative Action Research.

Dr Anthony Jensen and Frank Webb CPA are two EBO evangelists and advocates who are working to correct this deficit and make the employee buyout a common vehicle for owners who want to sell their business. They want to see the EBO as a vehicle in the restructuring of the business to save jobs and preserve companies.

Jensen and Webb worked on the C Mac pilot EBO project. They recorded some highly significant research findings into the way an EBO transition operates. Jensen had found in his research of EBOs in Australia in the 1970s that the majority of workers in these firms believed the worker-owned company was a preferable model for restructuring society. Jensen and Webb concluded that the reason for the lack of EBO’s in Australia is that employees are risk-averse, they lack access to capital and generally lack access to financial advisors. Webb believes that the notion of “Patient Capital” whereby the business owner provides vendor finance is a key to start the process.

Together with Michael Jones, these pioneers see an opportunity with the new legislation enacted on January 1st 2021 that is designed to assist small business recovery and restructuring.  Businesses with debts less than $1,000,000 will be able to enter an arrangement that enables the insolvency practitioner to act as a consultant to plot the future  of the business which could include an EBO.

Potential of the EBO in business succession:

“The employee buyout is an ideal vehicle for owners who don’t have their heart in the business any more, and they want out; where the EBO is a dignified way of getting out without treading on the employees. The EBO shifts the liability to a new entity where the owner can sell on the market. It offers a way to retire that is not normally considered, and even discouraged or seen as too hard”.

Mainstream criticism of capitalism continues as its unethical foundations are exposed in the way wealth is distributed. The journey to economic and social justice and a more equal world must come from a commitment to change society from the bottom up one business at a time. The Employee Buyout has proved that it must be part of that initiative and it is time for leaders in the Christian community to recognise this and place it on the social justice agenda and establish appropriate support structures with government assistance to foster EBO formation.

The above article was written by Dr Anthony Jensen, Supported Associate, Business School, University of Newcastle 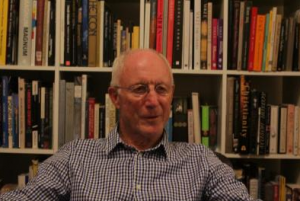